BMS for all building types

Our software is versatile and can be used in a wide variety of projects. 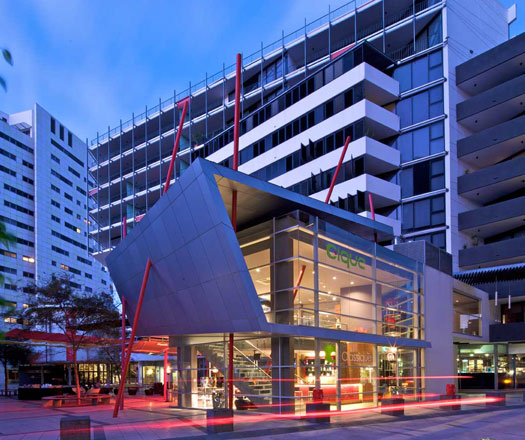 The Garden Factory is a manufacturing plant and parts center for the two-wheeer manufacturer Hero Moto Corp. Their effort to bring togehter innovation and nature was rewarded with beeing Indias first Platinum-rated plant. The task of Entelechy Systems was to provide an energy-saving lighting system that is connected to HVAC, SCADA and BMS systems. 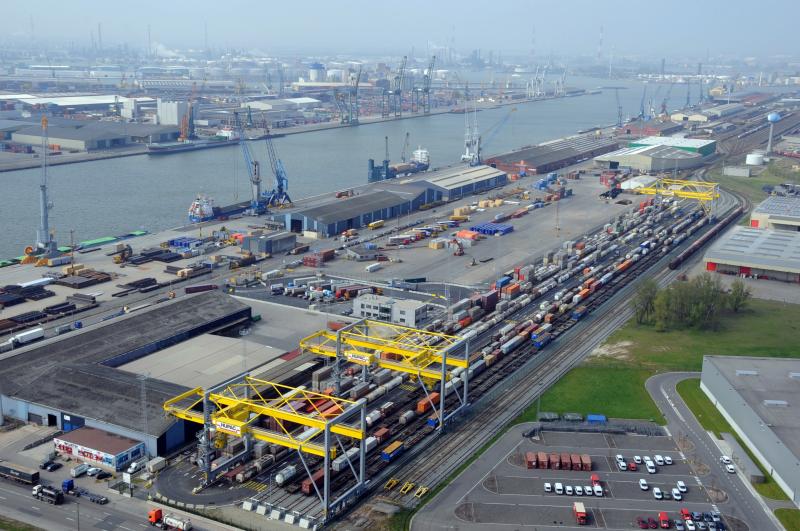 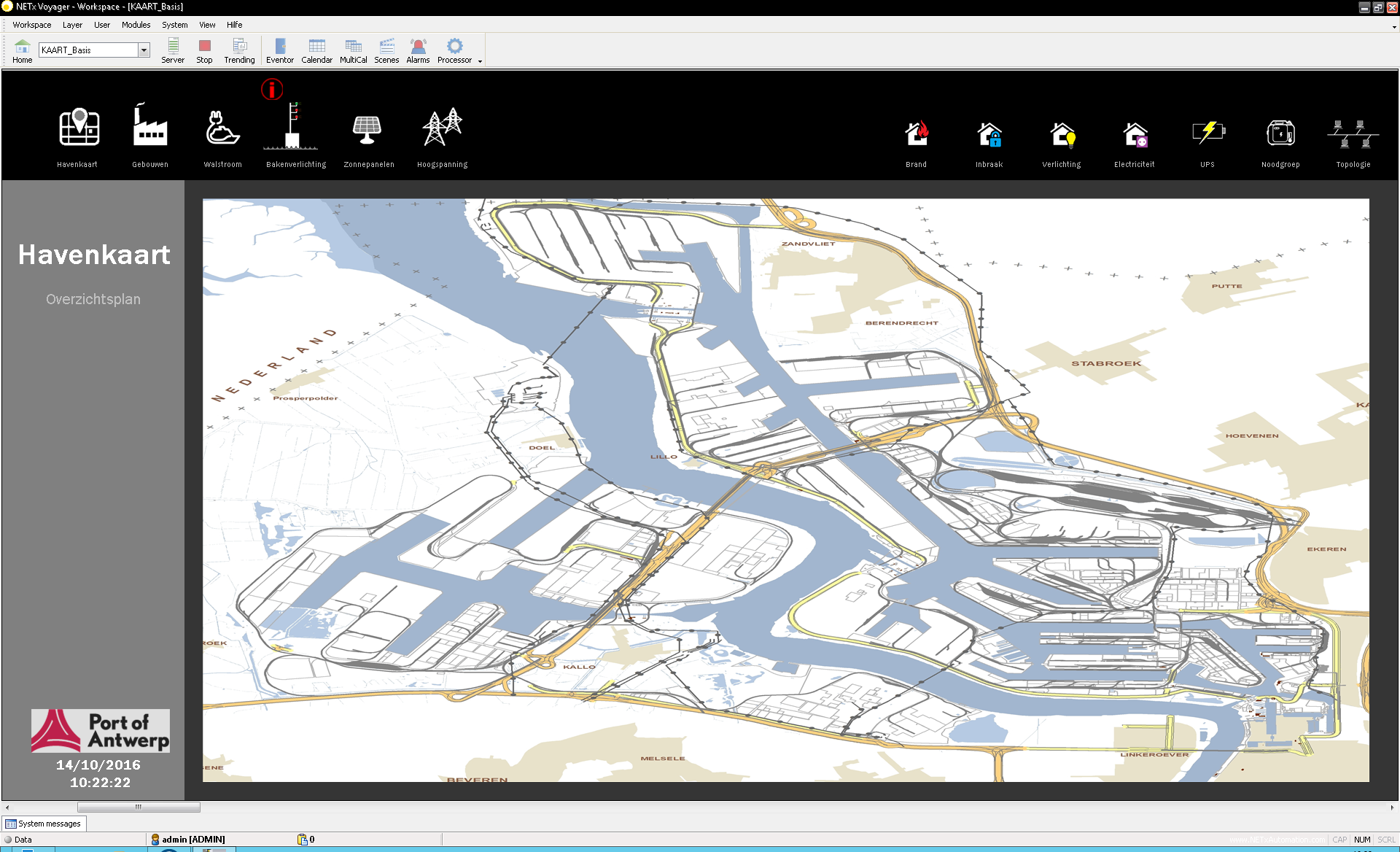 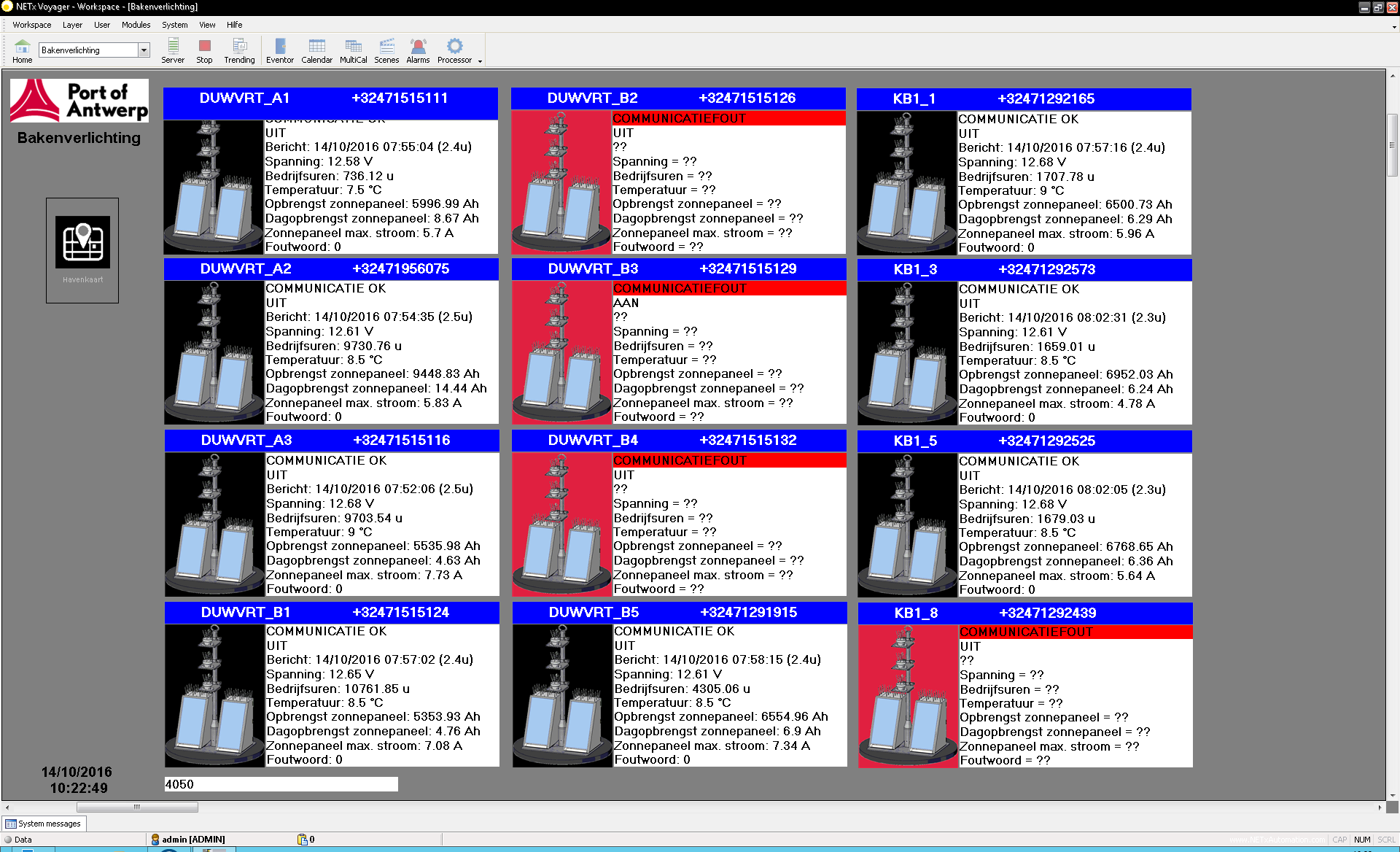 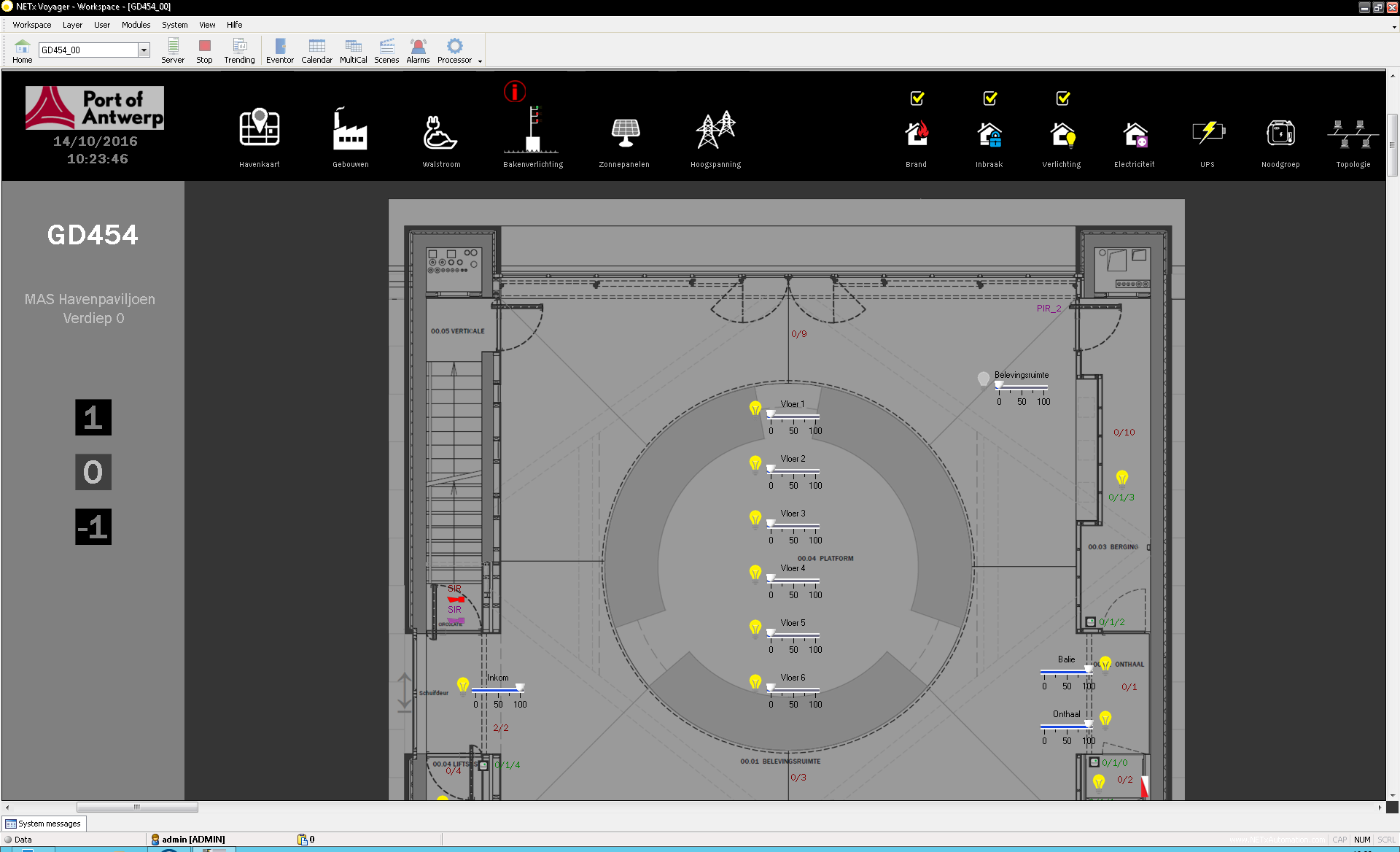 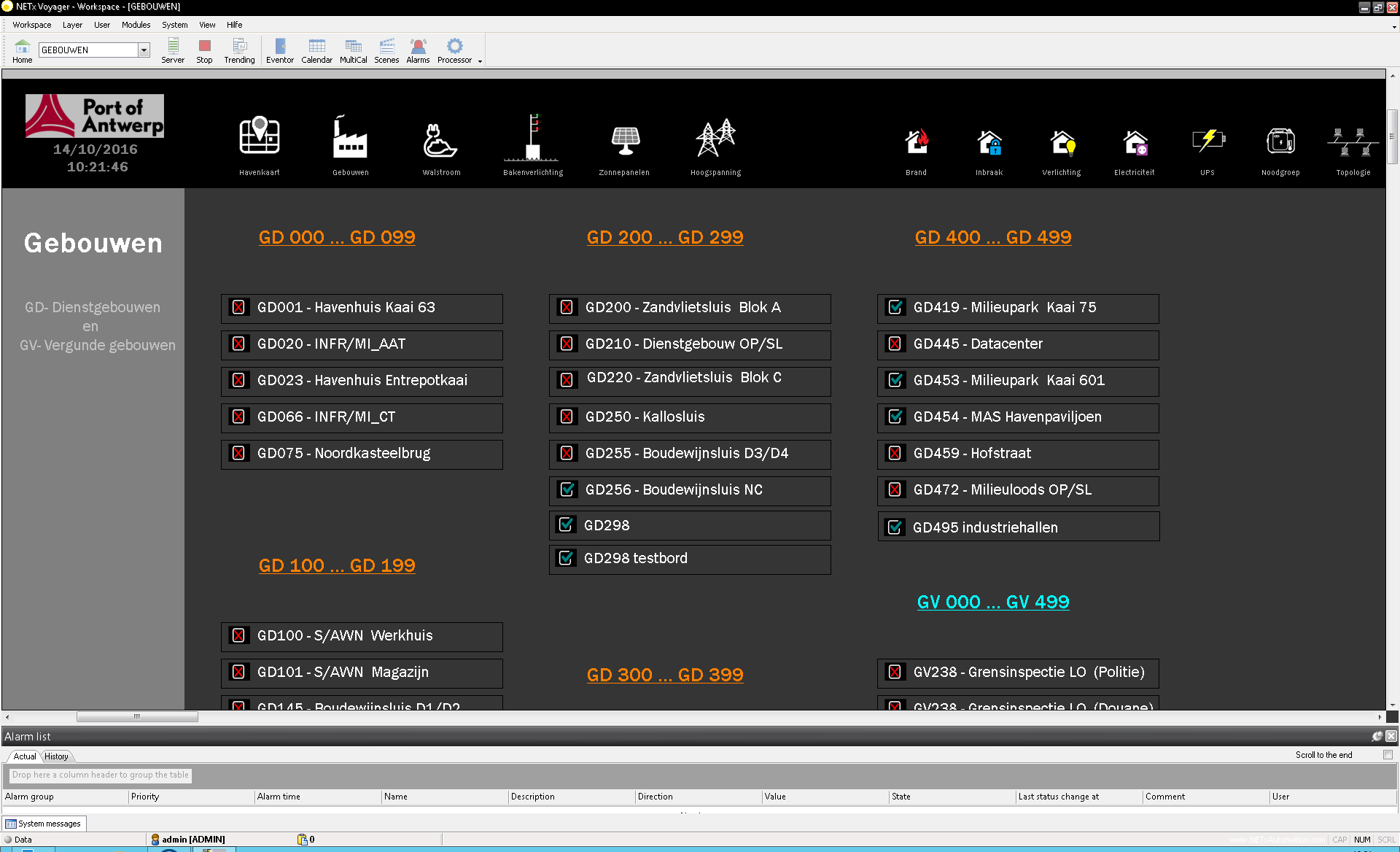 The Port of Antwerp is a port in Europe accessible to capesize ships. It is Europe’s second-largest seaport, after Rotterdam. Antwerp stands at the upper end of the tidal estuary of the Scheldt. The estuary is navigable by ships of more than 100,000 Gross Tons as far as 80 km inland. In 2012, the Port of Antwerp handled 14,220 sea trade ships (190.8 million tons of cargo, 53.6% in containers), 57,044 inland barges (123.2 million tons of cargo), and offered liner services to 800 different maritime destinations. Beacons in the harbour, which give status through SMS. These messages contain a code that has to be converted and translated to meaningful measurements (voltage of batteries, lights on at x hour, off at x hour, energy obtained from solarpanels, temperature, errors, …)

The main page is a chart of the harbor, which is divided into 16 parts. When an installation gives an error the corresponding area in the harbour turns red and an alarm is displayed on screen. 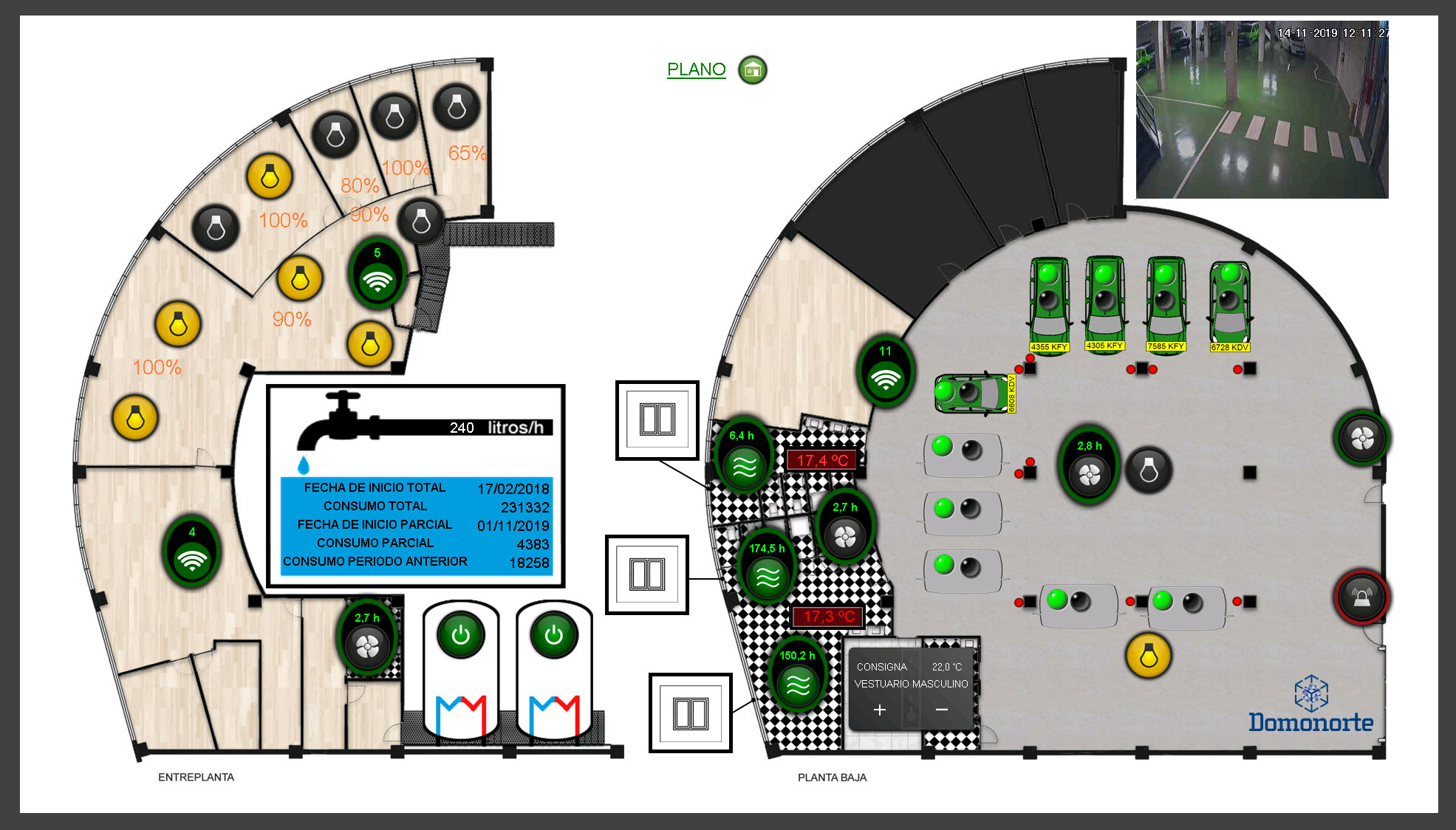 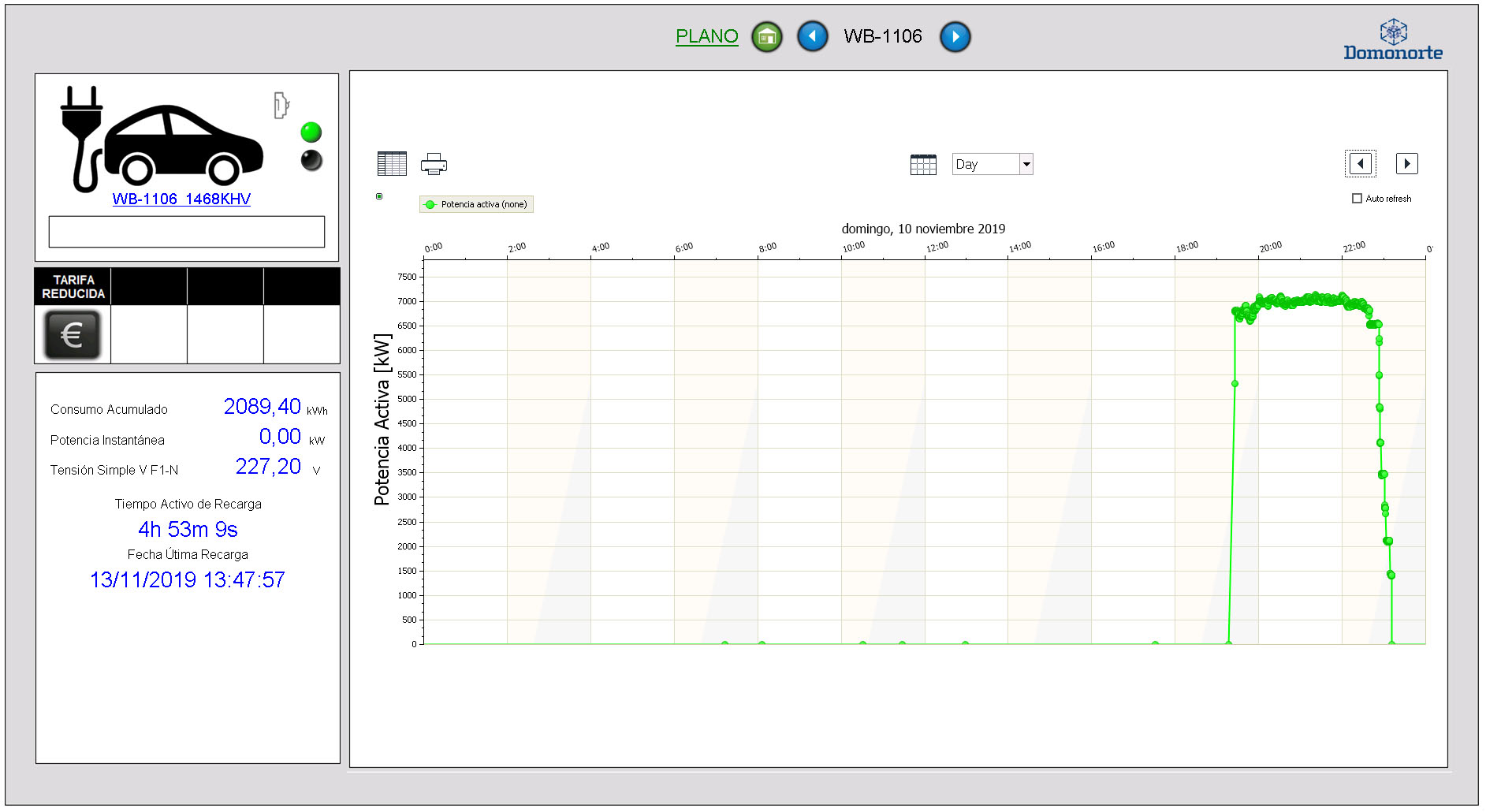 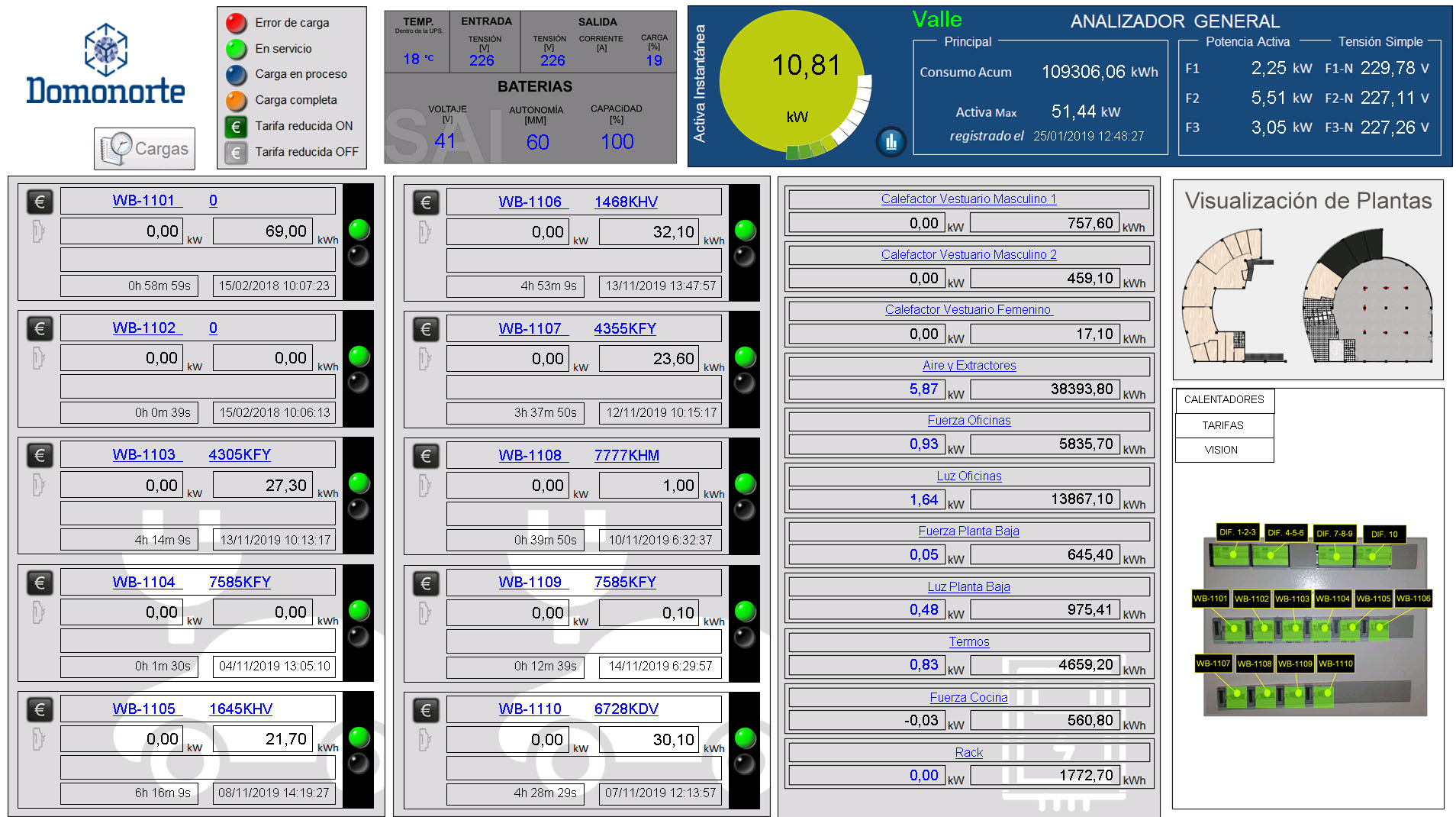 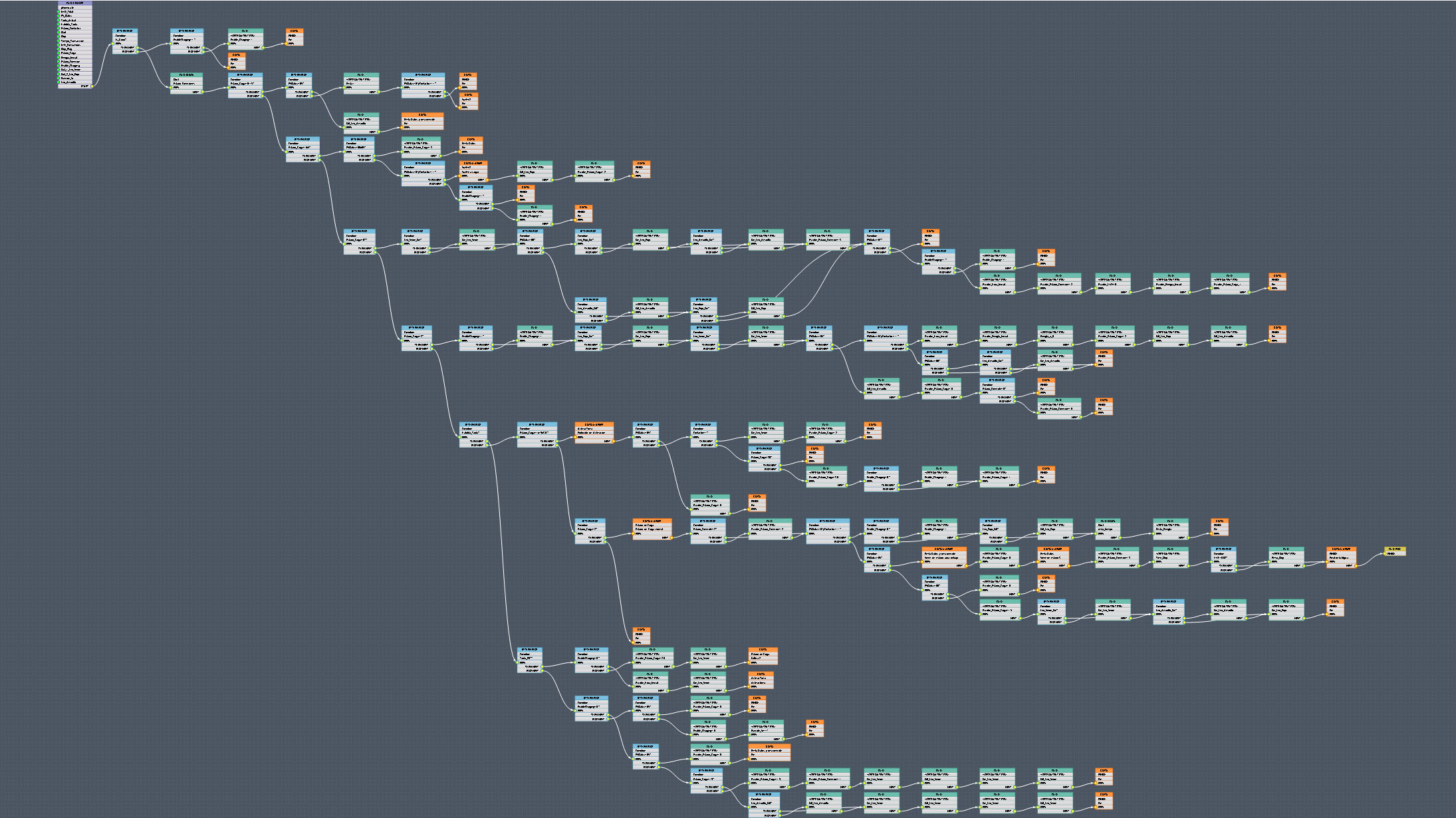 Offices and garage in Bilbao of a cleaning company. They have eight electric vehicles and little power available. The vehicle is controlled by recharging using RFID readers and the charging intensity of each outlet is controlled. In addition to this, the general consumption and of each charging circuit, plugs, lighting, HVAC, water consumption etc. is monitored. The office lighting only light if the brightness falls below a threshold. In the locker rooms, industrial heaters are controlled, maintaining a uniform temperature during shower times. The state of the windows is monitored, and the heaters are turned off in case of opening. Ventilation circuits and thermoses are controlled so that they do not work when vehicles are charging. Electrical protections, LAN network equipment, Wi-Fi connections are monitored to generate alarms. A monitored UPS maintains the electrical supply of critical systems (server, router, switch, gateways, general power analyser) in case of a fall and generates alarms. All accumulated energy and water measures are stored in an additional database and integrated into the client management software at the end of the day. The state of charge of the vehicles, the RFID reading, and the consumption of each recharge are also sent in real time.